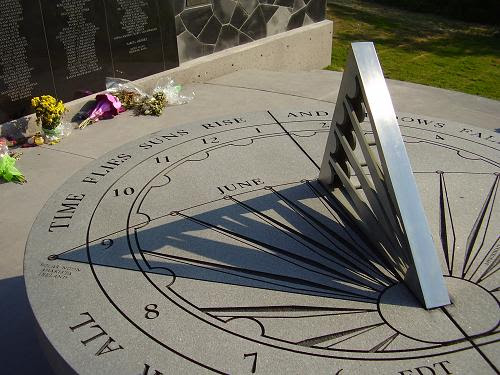 In early 2007 we had the privilege of designing the sundial feature for the Air India Flight 182 Memorial in Toronto.  The sundial was unveiled by Prime Minister Stephen Harper on June 23, 2007, the 22nd anniversary of the bombing.

And on June 23, 2010, the Prime Minister was again on hand, this time for the 25th anniversary ceremony.