NASCAR Sprint Cup driver and six-time champion, Jimmie Johnson, told me via Twitter on October 25, 2014, that "The late stages at PIR are tough with the sun in your eyes." 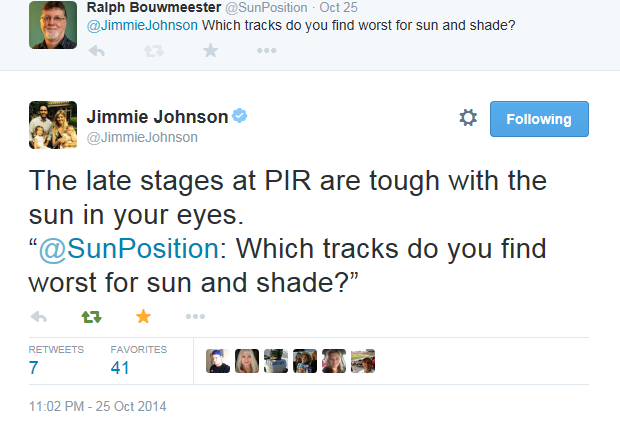 Of course, I wanted to see how the sun angles look at Phoenix International Raceway (PIR) so I prepared the diagram below to illustrate the case.  The next race scheduled at PIR is on Sunday, November 9, 2014, beginning at 1:00 pm MST (3:00 ET) - this is the last race in the Eliminator Round and the last race before the Championship Race at Homestead-Miami on November 16th.

The diagram below shows the sun angles at PIR for the November 9th race.

Looks like Jimmie was absolutely right... was there ever any doubt?? 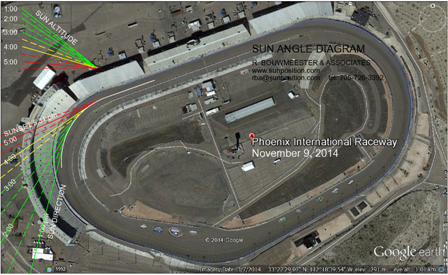