In early 2008, we were retained by BBDO (Toronto) to design a solar-powered billboard (actually a shadow-animated billboard) for a Frito-Lay SunChips ad campaign by Juniper Park.  The time-lapse video below shows the Sunchips Solar Billboard which was installed in Oakland California on Earth Day 2008 to mark the opening of the solar-powered SunChips plant in nearby Modesto. 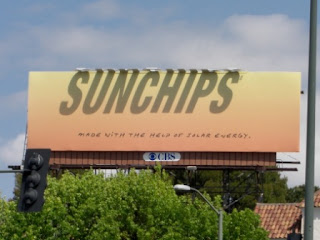 Congratulations to Toronto ad agency Juniper Park, who on January 28, 2010, took home the 2009 Cassies Grand Prix for their SunChips ad campaign. You can read about it here.